The James Webb Space Telescope is a giant infrared space observatory, the scientific successor to the Hubble. It has a primary mirror that is 6.5 meters (about 21 feet) in diameter and it's coated with a very thin layer of gold, which optimizes it for reflecting infrared light. (It's also really pretty!) It will be able to see the first stars and galaxies being born in the early universe, see stars and planets being born in clouds of dust and gas, and will tell us about the atmospheres of planets around other stars. 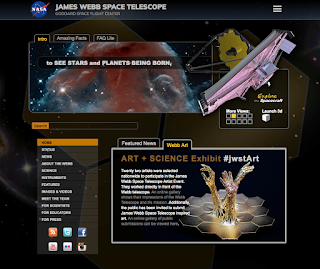 Gratuitous image - this one was taken by Nasreen Alkhateeb for me from inside the cleanroom - I'm standing in the window look out at the telescope! 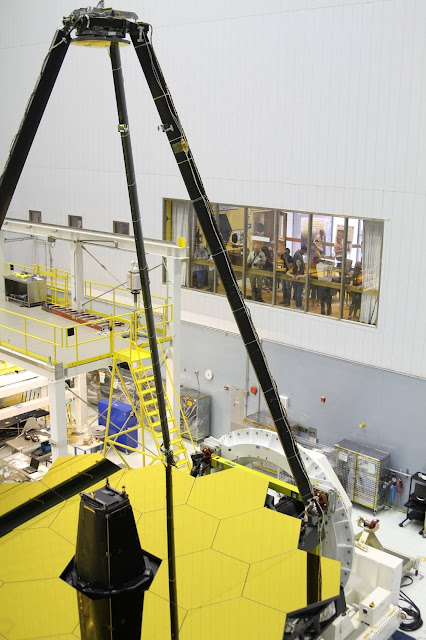