I received BS degrees in Physics and Astronomy/Astrophysics, with a Math minor from the Pennsylvania State University in 1997. I've worked at NASA's Goddard Space Flight Center during the summer of 1996 and from 1997-present.

- A 2013 interview for Conversations with Goddard

- A 2017 interview I did with the Girl Teaches Girl blog about women in STEM.  The blog is gone now, but I copied the interview Q&A to a page on this site to preserve it!

I am currently the James Webb Space Telescope social media lead and website manager. I used to blog and podcast for NASA Blueshift, which gave a behind-the-scenes look at astrophysics at Goddard.  I do a lot of writing about JWST and astrophysics, as well as coming up with creative ways to convey NASA science and tech to the public.

Here are some of the things I've written/created.

- A James Webb Space Telescope art exhibit, that was created after an event for artists that we hosted. It was my brainchild and I'm so happy and proud of everything that has come from it. [Original art event announcement | Tumblr about the event | online gallery of the art | announcement of exhibit | write-up on exhibit | #JWSTArt social media campaign | #JWSTArt gallery | Tumblr about 2019 exhibit]

- A Q&A about the Big Bang and the James Webb Space Telescope with Nobel Laureate Dr. John Mather

- A NASA.gov feature on my first flash telescope game, Scope It Out.

- a piece on a "selfie" which actually captures part of a critical test. 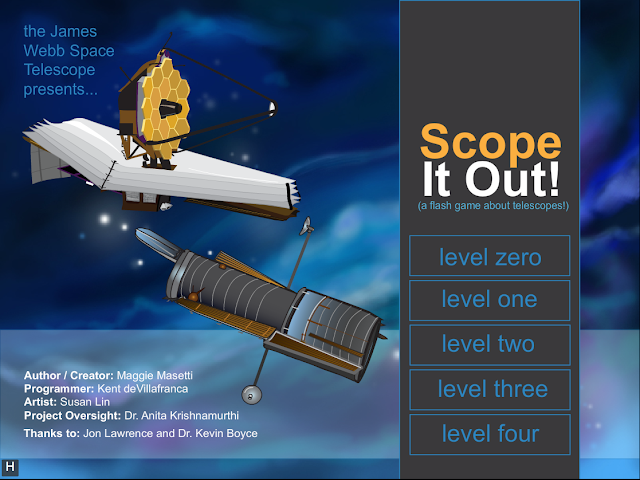 - A NASA.gov feature on my second flash game, Build It Yourself: Satellite! 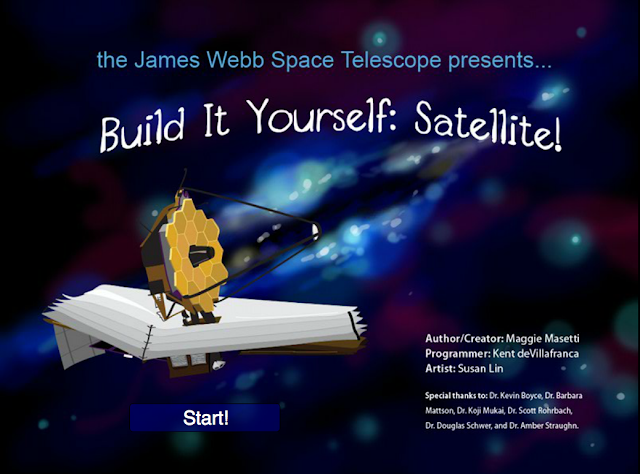 - I have done a number of podcasts for NASA Blueshift, but First Light, Last Paycheck had one of the more complex stories to tell and so it is one of the ones I'm proudest of.  Other podcasts highlights: And the Award Goes to... (award show parody mated with serious Nobel Laureate John Mather interview), and Blueshift Goes to the Movies (one of my favs for humor).

- Making a Blair Witch parody when NASA Blueshift did a video highlighting the history of NASA Goddard's Building 2 was one of my fav creative endeavors:

- I've written over 200 blogs for NASA Blueshift.  Some of my favorites are in answer to astronomy questions I get via email.  Here are a few samples.  How We Know It: Supernova Remnant Age, How Many Stars in the Milky Way?, and The Most Important Wavelength.

- I've gotten to do some really fun interviews for NASA Blueshift, including: game creator Rob Jagnow (about Extrasolar), Scott London and Ann Shea (the property master and set designer for The Big Bang Theory TV show), and via Skype with space artist Ron Miller (part 1 | part 2).

- I turned some of my NASA Blueshift blogs into the science pages for the JWST website: First Light and Reionization; Assembly of Galaxies; Birth of Stars and Planets; Planets & Origins of Life. 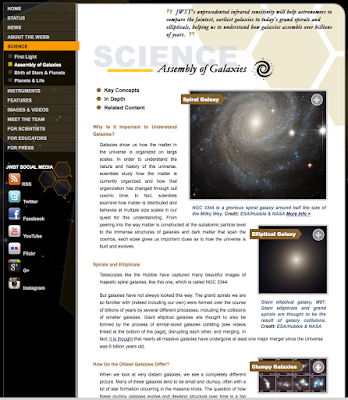 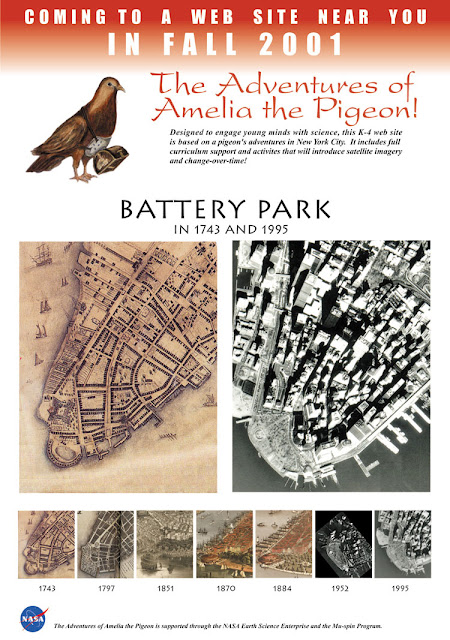