Here are some professional highlights and cool things I've done or gotten to do at my job.


In November 2016, I organized an event for artists to come see JWST, and be inspired to create... right in front of it! It was such a cool experience, and we had such talented artists.

The art created by the artists that visited us was on display at the NASA Goddard Visitor Center Spring/Summer of 2017. This exhibit, which I also organized, was a lot of work, but was so worth it - the art is so amazing! 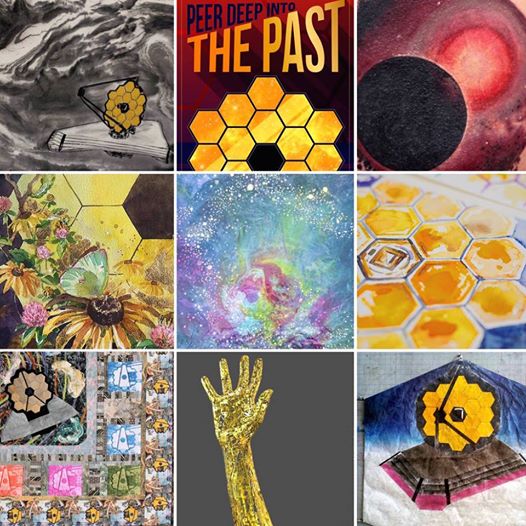 I also created a social media "campaign" so our followers could share their own #JWSTart with us. As of Spring 2019, we have over 131 pieces in our web gallery.


There was an  exhibit of a subset of the art at Art.Science.Gallery in Austin, TX during Summer 2017.And then at the Texas Museum of Science and Technology.

In 2019, we were given space at the NASA Goddard Visitor Center for a small exhibit of #JWSTArt pieces. Most of the pieces are new and were created by artists coming from as far away as Ukraine and Italy. It will be up at least through the end of April 2019.

Below is what Nasreen captured from her position in the panorama photo above.  You can see me crouching in front taking photos! Truly an amazing day.